Interdisciplinary Creativity in Arts and Technology 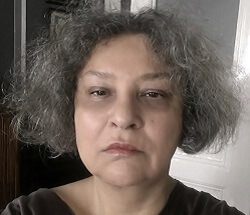 Elif Ayiter’s creative and research interests are based in three dimensional online virtual worlds and their avatars, as well as in developing and implementing hybrid educational methodologies between art & design and computer science. She teaches full time at Sabanci University in Istanbul.

Her texts have been published at academic journals such as the Leonardo Electronic Almanac, the Journal of Consciousness Studies, the Journal of Gaming & Virtual Worlds, International Journal of Art, Culture and Design Technologies, and Technoetic Arts, and she has authored many book chapters in edited academic books. She has presented creative as well as research output at conferences such as ISEA, Consciousness Reframed, Siggraph, Creativity and Cognition, SPIE, Computational Aesthetics and Cyberworlds. 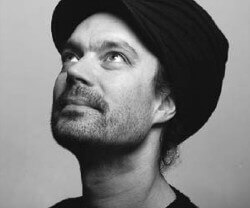 After video culture rose during the 1960s and 70s with portable devices like the Sony Portapak and other consumer grade video recorders it has subsequently undergone the digital shift. With this evolution the moving image inserted itself into broader, everyday use, but also extended it s patterns of effect and its aesthetical language. Movie and television alike have transformed into what is now understood as media culture. Video has become pervasive, importing the principles of “tele-” and “cine-” into the human and social realm, thereby also propelling “image culture” to new heights and intensities.1 YouTube, emblematic of network-and online-video, marks a second transformational step in this medium’s short evolutionary history. The question remains: what comes after YouTube? How might we understand a time when global bandwidth and multiplication of – often mobile – devices as well as moving image formats “re-assemble” both “the social”2, as well as the medium formerly-known-as video itself? What is one supposed to call these continuously re-forming assemblages? Or: how should one name the ubiquitous moving images in times when they are not identifiable any more as discrete video “clips”? Are we witnessing the rise of Post-Video? Extended video? To what extent has the old video frame been broken?
This paper discusses the use of video as theory in the after.video project, reflecting the structural and qualitative re-evaluation it aims at discussing design and organisational level. In accordance with the qualitatively new situation video is set in, the paper discusses a multi-dimensional matrix which constitutes the virtual logical grid of the after.video project: a matrix of nine conceptual atoms is rendered into a multi-referential video-book that breaks with the idea of linear text. read from left to right, top to bottom, diagonal and in ‘steps’.
Unlike previous experiments with hypertext and interactive databases, after.video attempts to translate online modes into physical matter (micro computer), thereby reflecting logics of new formats otherwise unnoticed. These nine conceptual atoms are then re-combined differently throughout the video-book – by rendering a dynamic, open structure, allowing for access to the after.video book over an ‘after_video’ WiFi SSID.
1 On this see: Sean Cubitt (2004): The Cinema Effect. Cambridge; Jonathan Beller (2006) : The cinematic mode of production: attention economy and the society of the spectacle. Hanover, N.H., Tom Sherman (2008): “Vernacular Video”. In: Lovink, Geert/Niederer, Sabine. Video Vortex reader : responses to Youtube. Amsterdam. (S. 161-168); u.a. 2 Bruno Latour (2005): Reassembling the Social: An Introduction to Actor-Network Theory. Oxford.

Adnan Hadzi is currently working as resident researcher at the University of Malta. Adnan has been a regular at Deckspace Media Lab, for the last decade, a period over which he has developed his research at Goldsmiths, University of London, based on his work with Deptford.TV / Deckspace.TV (DTV). DTV is a collaborative video editing service hosted in Deckspace's racks, based on free and open source software, compiled into a unique suite of blog, cvs, film database and compositing tools. Deptford was formerly a wealthy area, but economic activity declined with the closure of the nearby dockyards, though a process of redevelopment and gentrification is underway, which has led to local debates about the identity and future of the area. DTV is less TV more film production but has tracked the evolution of media toolkits and editing systems such as those included on the excellent PureDyne linux project.
It is through Free and Open Source Software and technologies this research has a social impact. Currently Adnan is a participant researcher in the MAZI/CreekNet research collaboration with the boattr project. The CreekNet pilot engages a diverse population within a limited geographical area, Deptford, in South East London, UK. Deptford is an inner-city area with a mixed socio-economic profile, including low income neighbourhoods, artist communities, student populations attending a range of institutions including Goldsmith’s College, Ravensbourne College and the University of Greenwich; and urban professionals.
Adnan is co-editing and producing the after.video video book, exploring video as theory, reflecting upon networked video, as it profoundly re-shapes medial patterns (Youtube, citizen journalism, video surveillance etc.). The first volume more particularly revolves around a society whose re-assembled image sphere evokes new patterns and politics of visibility, in which networked and digital video produces novel forms of perception, publicity – and even (co-)presence. A thorough multi-faceted critique of media images that takes up perspectives from practitioners, theoreticians, sociologists, programmers, artists and political activists seems essential, presenting a unique publication which reflects upon video theoretically, but attempts to fuse form and content.
Adnan’s documentary film work, in collaboration with his partner Lennaart van Oldenborgh, tracks artist pranksters The Yes Men and net provocatours Bitnik Collective. Together they released the Bitter Lemons documentary mapping lemon grovers on both sides of the no mans land of Cyprus. Bitter Lemons is the moving story of a friendship between enemies that survived against the odds over 30 years of separation. It provides a unique local perspective on the largely forgotten conflict in Cyprus, which became part of the European Union in 2004, from people who have lived with the consequences of this conflict, the memories, the minefields and the barricades, since 1974. Adnan’s current documentary project focuses on his involvement in the media arts collective !Mediengruppe Bitnik. A collective of contemporary artists working on and with the Internet. Bitnik’s practice expands from the digital to affect physical spaces, often intentionally applying loss of control to challenge established structures and mechanisms. Bitnik's works formulate fundamental questions concerning contemporary issues. 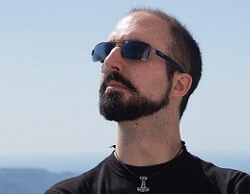 Antonios Liapis [ http://antoniosliapis.com/ ] is a Lecturer at the Institute of Digital Games [ http://www.game.edu.mt/ ], University of Malta, where he bridges the gap between game technology and game design in courses focusing on human-computer creativity, digital prototyping and game development. His research focuses on Artificial Intelligence as an autonomous creator or as a facilitator of human creativity. His work includes computationally intelligent tools for game design, as well as computational creators that blend semantics, visuals, sound, plot and level structure to create horror games, adventure games and more. He is the general chair of the EvoMusArt conference (2018-2019), a Guest Editor of the IEEE Transactions on Games special issue on AI-assisted and AI-based Game Design. He has received several awards for his research contributions and reviewing effort. 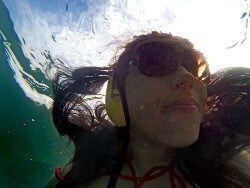 There are still songs to sing beyond mankind” by Paul Celan

Robertina Šebjanič will talk about her research-based artworks that deals with cultural, (bio)political and ecological realities of human imprint on aquatic environments and its consequences / challenges.
The project Aquatocene investigates the phenomenon of underwater noise pollution created by humankind in the seas and oceans. It encourages rethinking the human impact on the (under)water habitats.
The Aurelia 1+Hz project is divided in two parts; the performance Aurelia 1+Hz / proto viva sonification looks into a new critical redefinition of social values and new attitude towards cohabitation of interspecies while the installation Aurelia 1+Hz / proto viva generator deals with the biopolicy of prolonging life.

Robertina Šebjanič (SI) based in Ljubljana/ is working in the cross field of art – technology – science. Her work deals with cultural, (bio)political and biological realities of aquatic environments. Her ideas and concepts are often realized in collaboration with others, through interdisciplinary and informal integration in her work. Her previous projects range between rethinking of future speculations of new trans-species (Humalga); animal-machine-human relationships, inter-species communication (series of works Aurelia 1+Hz); sonification of the chemical process (Time Displacement) and pointing out underwater noise pollution and its potential ecological consequences / challenges (Aquatocene).
Robertina’s work encompasses audiovisual installations and noise/sound performances that tackle philosophical questions of our modern society unfolding her passion for understanding living systems and how they interact with the environment.
She is a member of Hackteria Network and Theremidi Orchestra. She got an Honorary Mention @Prix Ars Electronica 2016, STARTS2016 nomination and nomination for the White Aphroid award. Robertina was selected artist of SHAPE platform 2017.
She performed / exhibited at solo and group exhibitions as well as in galleries and festivals: Ars electronica Linz, Kosmica festival_ Laboratorio Arte Alameda_Mexico City, Le Cube_Paris, Art Laboratory Berlin, ZKM_Karlsruhe, re:publica_Berlin, Mladi Levi_Ljubljana, Strictly Analog_Ljudmila, Piksel_Bergen, Device art 5.015 at Klovičevi dvori_Zagreb & Eastern Bloc_Montreal, Eyebeam_New York, PORTIZMIR#3_ Izmir, Kiblix festival_Maribor, Gallery Kapelica_Ljubljana and more... 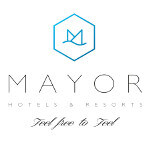 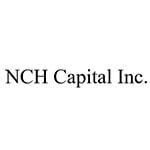 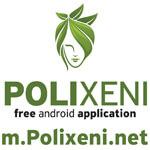 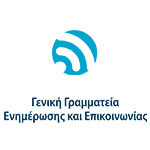